The IEC 61000-3-2 is an EMC standard by the International Electrotechnical Commission on limits for harmonic current emissions applicable to electrical and electronic equipment having an input current up to and including 16 A per phase and intended to be connected to public low-voltage distribution systems. This standard specifies the test procedures, limits, and requirements for emissions caused by the harmonic current and its components of the devices. This standard applies to the equipment to be connected to 220/380 V, 230/400 V, and 240/415 V systems operating at 50 Hz or 60 Hz. No limits have been specified for systems with nominal voltage less than 220 V (line-to-neutral). 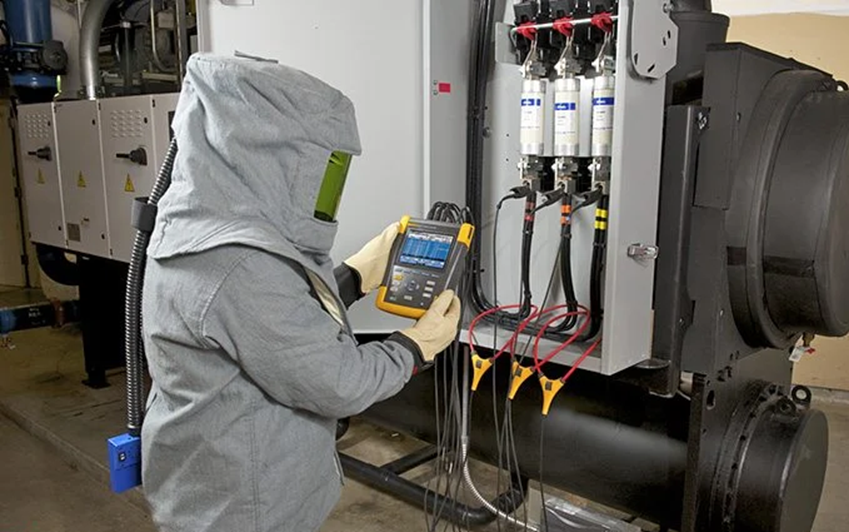 Harmonics are distortions of the normal electrical current waveform, usually transmitted by nonlinear loads such as SMPS, IGBT devices, UPS systems (and other devices whose impedance continuously varies during operation) that draw non-sinusoidal, abrupt pulses from a sinusoidal voltage source. Harmonics are integer multiples of the fundamental power frequency. If the main frequency is 60 Hz, then the 2nd harmonic will be 120 Hz, the 3rd will be 180 Hz, etc. Devices that are one of the important parts of a mains supply such as transformers, converters, etc. are prone to harmonic currents. Due to increased harmonic current, the metal wires become hot. This causes several problems such as decreased reliability, damaged insulations, short circuits, the possibility of burning of wires, smoke hazards, and even explosions at some times.

The IEC 61000-3-2 has classified electronic and electrical equipment into four categories based on the number of pieces of equipment in use, duration of operation, power consumption, harmonics spectrum, etc. They are as follows:

1. Class A: This category includes devices such as:

2. Class B: This category includes devices such as:

3. Class C: This category includes devices such as:

4. Class D: This category includes devices with special waveforms with power levels up to 75 W and not exceeding 600 W such as:

The premiere edition of IEC 61000-3-2 was published in 1995. Over the years, several amendments and newer editions were introduced to keep up with developments in technology. The standard specified different harmonics measurement methods for equipment that has constant power consumption and equipment whose power level varied over the test duration such as washing machines, air conditioners, etc.

The second edition of the standard was released in 2000. This edition specified a basic test set up for the equipment under test which included:

Emission limits for arc welding machines not intended for professional use were included in the third edition released in 2005. Among other requirements, this edition also made it compulsory to measure inter-harmonics up to 2 kHz as a part of tests.

The 5th and valid edition was released in 2018 with several amendments made in 2020 and the latest amendment in 2021. This edition constituted significant technical changes. Some of them are as follows: