EMC Current Probes from the leading manufacturers are listed on below. Narrow down on the products based on your requirement. View product details, download datasheets and get quotes on current probes that you need.

What are EMC Current Probes? 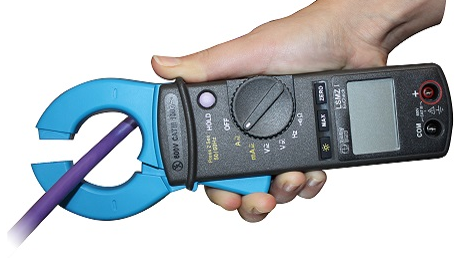 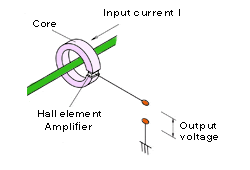 The Hall Effect sensor method is shown in figure 1. The Hall-Effect current sensor consists of a magnetic core that surrounds the conductor, with a Hall sensor is mounted in the air gap of the magnetic core. The unknown AC flowing through the conductor magnetizes the magnetic core. The Hall sensor senses the magnetic field generated by the target current (I) and converts it into voltage. Usually, the Hall-Effect current sensor needs an amplifier to get the required output (because of the low amplitude output of the Hall sensor). The output connector of the current probe is connected to the spectrum analyzer or EMI test receiver to display the output voltage. The Hall Effect current probe is ideal for measuring DC and low-frequency AC. 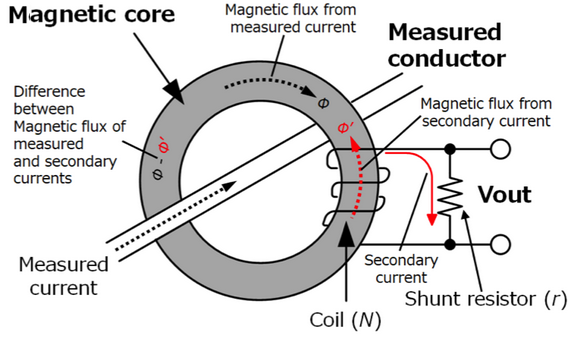 The current transformer type of the current probe is shown in Figure 2. This current probe is an RF current transformer and can measure AC current only. In this probe, the conductor acts as a primary winding and the clamp surrounding the conductor acts as a magnetic core, and the coil wound on the magnetic core acts as a secondary winding. A shunt resistor (typical value 50 ohm) is connected across the terminals of the secondary winding.

The datasheet of a current probe shows the graph that contains the typical values of transfer impedance (ZT) of the current probe throughout the frequency range.

There are also some current probes that utilize both Hall Effect and current transformer techniques to measure the AC and DC. These are called Hybrid Current Probes.

Maximum current (continuous) RMS: Represents the maximum continuous current that can be accepted by the current probe. It is represented in A.

Connector type: Represents the connector type used in the current probe. Usually, it is in N-type.

Load impedance: Represents the load impedance connected across the output. It is represented in ohm.

Aperture: Represents the aperture size of the RF current probe in mm.

Internal diameter: Represents the inner diameter of the RF current probe in mm.

External diameter: Represents the outer diameter of the RF current probe in mm.