The Federal Communications Commission’s limits on radio frequency emissions under FCC Part 15, in force since 1983, are an important factor in product design and development in the U.S. Its test site conforms to ANSI C63.4-2003 and is listed by the FCC’s Equipment Authorizations Branch in Columbia, Maryland. The team tests small handhelds up to fully configured rack systems and larger equipment. Its 9,000-square-foot facility is conveniently located near Washington, D.C.

The Washington Laboratories team has extensive experience in a variety of engineering and testing programs for diverse products and systems. From compliance testing to design reviews, mitigation, site surveys, specialized test services, customized seminars and webinars, and engineering expertise, we provide state-of-the-art facilities, superior engineering, and testing services, and knowledgeable staff to help get your company’s products to market faster.

The founders of Washington Laboratories wrote “The Electromagnetic Compatibility Handbook” which is still a trusted reference source.

EMC testing is focused on two kinds of issues – emissions and susceptibility (also known as immunity).

On-site testing sometimes referred to as in situ testing is an option that is often used when performing equipment evaluation at a customer location, factory, or another non-laboratory test venue.

There are several reasons to perform product compliance testing at a specific location, rather than at a test laboratory. A major reason is that the equipment may be physically too large for a test laboratory. The other reason is that special support equipment or infrastructure is needed to operate the equipment. For example, the electricity supply may have specific voltage or amperage requirements that cannot be accommodated in the laboratory. Other operational needs may include mechanical services such as air handling, chemical requirements, and other support equipment. Other reasons may include security issues or other special access issues relating to sensitive equipment and/or intellectual property.

The testing may cover the various EMC, Safety, and Machinery requirements and these are well-used methodologies.

There are no harmonized standards for performing on-site measurements for Electromagnetic Compatibility under the EMC Directive Directive 2004/108/EC. However, due diligence, applied to a system under test, is routinely accepted for compliance purposes. By definition, most on-site test regimens for EMC are going to reference the industrial standards and limits. A reasonable approach is to reference the generic standards IEC 61000-6-2 and 61000-6-4 for immunity and emissions, respectively.

The challenge of on-site EMC testing is to manage RF ambients when making emissions measurements and to minimize adjacent equipment disruption when performing immunity testing.

Specific tests that are typically called out include applicable versions of the following tests:

In the United States, special conditions may apply when performing measurements for Radiated Immunity. Under the FCC Rules, a Special Temporary Authorization (STA) is usually indicated for performing RI testing outside of shielded chambers. The STA is filed electronically and the conditions are found in Part 5 of the FCC Rules.

Safety standards can typically be adapted to on-site evaluations for compliance, however, there sometimes are challenges relating to power quality and availability, as well as ambient temperature and humidity requirements. For example, some evaluations must be tested in an environmental chamber, such as a humidity “soak” prior to performing leakage or dielectric withstand testing (hipot). This may not be available at a factory, for example.

Field labeling of equipment is commonplace and is often required before equipment commissioning at a particular location. Field labeling usually involves a review of the equipment installation, necessary ratings, warnings, and cautions. Often, this is done prior to inspection by the electrical inspector in the jurisdiction which provides permits and approvals.

Other requirements include ad-hoc procedures, such as a method developed by ANSI titled: ANSI C63.18-1997, Recommended practice for an on-site, ad hoc test method for estimating radiated electromagnetic immunity of medical devices to specific radio-frequency transmitters. New York: ANSI, 1997. This method, in particular, is used to evaluate the potential for interference at medical facilities. In a related matter, the Association for the Advancement of Medial Instrumentation (AAMI) has guidelines which have technical guidance for resolving medical device interference issues, specifically: Technical Information Report (TIR) 18, Guidance on electromagnetic compatibility of medical devices for clinical/biomedical engineers -Part 1: Radiated radio-frequency electromagnetic energy.

On-site testing may be indicated by definition, that is, the Nuclear Industry often specifies site surveys that collect radiated and conducted emissions data prior to the installation of equipment at nuclear power plants. The Electric Power Research Institute (EPRI) has plant emissions limits that were aggregated a number of years ago during studies of several nuclear plants. These data formed Plant Limits that are used as indicators when determining if special susceptibility conditions may need to be established for certain types of equipment. A site survey is the only way to determine if a particular plant may have strong ambient conditions. The data that are normally collected include electric field and magnetic field intensities and conducted currents on conductors associated with the equipment installation. 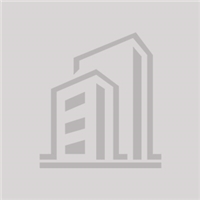