The IEC 61000-4-5 is an EMC standard by the International Electrotechnical Commission on surge immunity. It specifies the tests, methods, and recommended limits for equipment to unidirectional surges caused by overvoltages from switching and lightning events. The IEC 61000-4-5 focuses on immunity tests and procedures for power transmission and telecommunication lines. 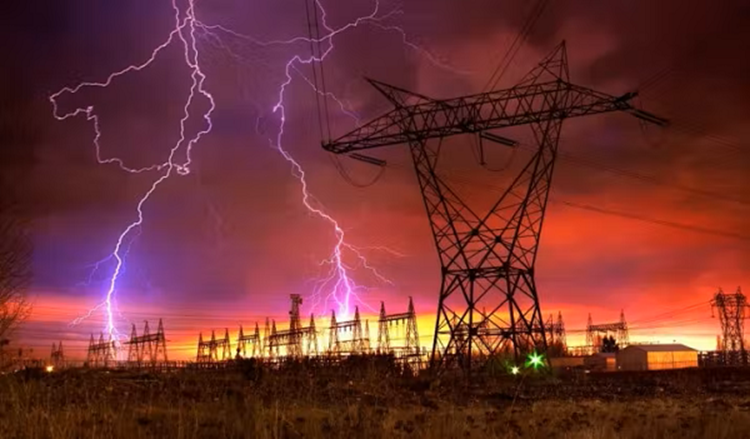 A sudden surge is very common in the main supply voltage which can easily interfere with the operation of electronic and electrical equipment. Surges are usually produced by the power system switching activities or lightning events. Switching activities and load changes, main power system disturbances like capacitor bank switching, system faults such as shorting events, and disturbed ground caused by arcing can cause surges. Lightning can also cause heavy surging in the voltage and currents. Even if the lightning has occurred at a distance, it creates electromagnetic fields which induce transients to the circuit. These surges although called slow events when compared to ESD are fast enough to burn an iron wire in a high-power resistor before the heat could even get dissipated through the heat sink.

Not just analog circuits but surges hamper the operation of digital circuits too. Even plugging/unplugging a simple USB causes voltage surges which can interfere with the working of the electronic equipment. Surges are normally measured in kV. Just imagine what damage it could do to an IC which is rated for only 10 V. The PCB traces can burn right off the board if a surge occurs. Hence, the insulation used for AC connectors, conductors, and PCB traces should satisfy the specified surge immunity test for the reliable functioning of the equipment.

IEC 61000-4-5 specifies several levels of tests in association with an environment. The standard has classified the operating environments for which the equipment has been designed. They are as follows:

The first edition of 61000-4-5 was released in 1995. Over the years many amendments and new editions have been released. The latest amendment IEC 61000-4-5:2014/AMD1:2017 was done to the third edition which was released in 2014. Many changes were done to bring the standard at par with the latest technological development. The standard specified the use of two surge generators for testing the surge immunity of the equipment under test (EUT). One for voltage and current transmission lines and the other for telecommunication lines. The tests are done with both open circuits and short circuits. The acceptable values are pre-defined in the standard with respect to the class of EUT. This standard also offers a choice to conduct tests in closed as well as open environments depending upon the EUT.