CISPR 25 is an EMC standard for the measurement of radio disturbance characteristics for the protection of receivers used on-board vehicles of the frequency range from 150 kHz to 2 GHz. The vehicles include automobiles and boats powered by internal combustion engines. CISPR 25 also includes devices powered by internal combustion engines, but not necessarily for the transport of people such as compressors, DC generators, garden equipment, etc. This standard sets the limits intended to provide protection for receivers installed in a vehicle from disturbances produced by components/modules in the same vehicle. 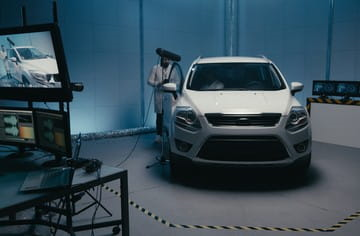 CISPR 25 consists of two parts, The first part includes a full vehicle or system test in which the antennas mounted on the vehicle measure the noise generated by the different electric and electronic systems of the same vehicle. The other part of the standard covers the test methods for the measurement of disturbances from components and modules independent of the vehicle. The standard also covers the requirements of the test chambers required for the radiation tests of the vehicles.

CISPR 25 was first released in the year 1995. The standard has been revised with new editions over the years.

CISPR 25 has specified the permissible electromagnetic noise level in the test area must be 6 dB lower than the lowest level being measured. Such values can only be achieved if the test environment is free from external RF interference. An RF shielded room is hence used to keep protect the equipment under test (EUT) from external RF signals so that the EUT would be the dominant source of any radiated noise.

CISPR 25 has also specified several guidelines for the layout and dimensions of the anechoic chamber. It has also defined the minimum width of the reference ground plane (bench) for radiated emissions to be 1000 mm, the minimum length of the ground plane for radiated emissions to be 2000 mm, or the length needed to support the entire EUT plus 200 mm, whichever is larger.

According to the CISPR 25 standard, the width of the chamber is determined by the length of the absorber material with a one-meter space left between the bench and the tips of the absorbing material.